This early season duathlon was the perfect way to blast the winter cobwebs away and see where I was at following recent training.  I chose to do the Sprint distance race which consisted of a 5k run, 20k bike and 5k run, all in the beautiful grounds of Althorp.  The race had  initially been scheduled for the 16th February and then postponed due to water logging so it felt like it had been on my mind since forever!!!  It was also an ITU and ETU qualifying race so the standard was pretty high to say the least!!  There were lots of names I didn’t recognise on the start list so I had no idea what the strengths of the other girls were but I went into the race planning to stick to my own tactics with 3 goals to meet:

1. To break the course record of 1:21:37
2. To come in the top 3 overall
3. To run strong off the bike with a time as close to my first run as possible
My team mate Jacqui and I were so busy yapping before the race that we almost missed the start (typical) as we were running the opposite way still warming up! With 10 seconds to go we pushed our way to the front and the hooter went and some of the girls just flew off! There are some super speedy runners in duathlon! I stuck to my own plan and let them go.  I felt really strong on the first run.  I knew I was running quick and wanted to push on but also wanted to hold back to keep energy for the rest of the race.  I came in 9th off the first run in 19:14 and tried to get my breath back in T1! 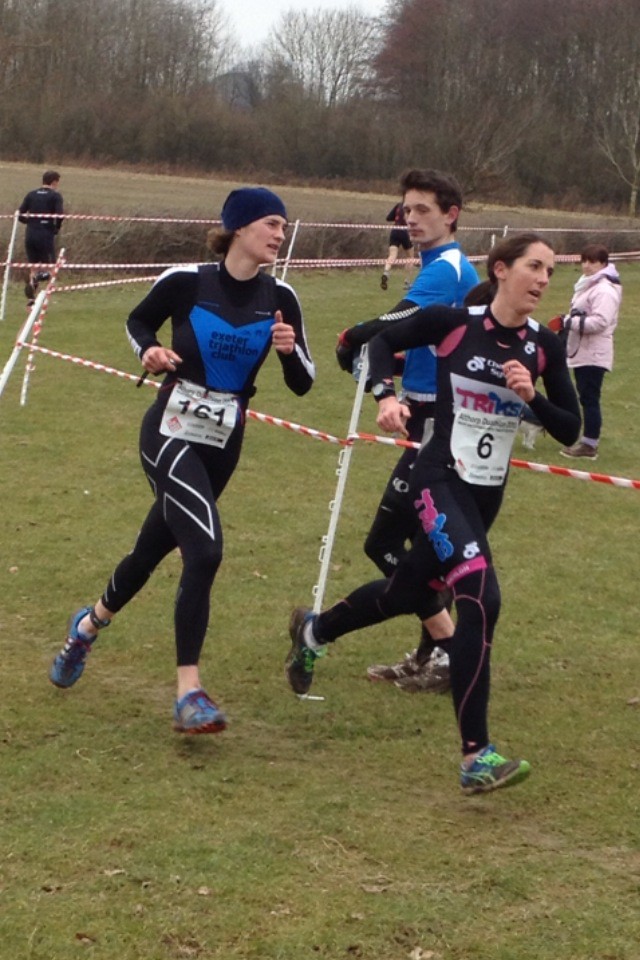 I was off out on the bike in no time and felt great.  I was whizzing past everyone and quickly caught a few girls back up.  I was overtaking men with their disc wheels (girl power!) and felt pretty smooth.  I think the problem in hindsight is I felt too good.  When I do 10 mile TTs I can really dig in and hurt myself but I never seem to replicate this feeling in triathlons or duathlons, definitely something to work on! More time out on the roads is needed I think! That said I had joint third fastest bike split.  My team mate Jacqui had a great ride with the 2nd fastest bike split and flew past me on the dismount line.  I entered T2 just behind her and was now in sixth place, not sure how far behind the other girls I was. 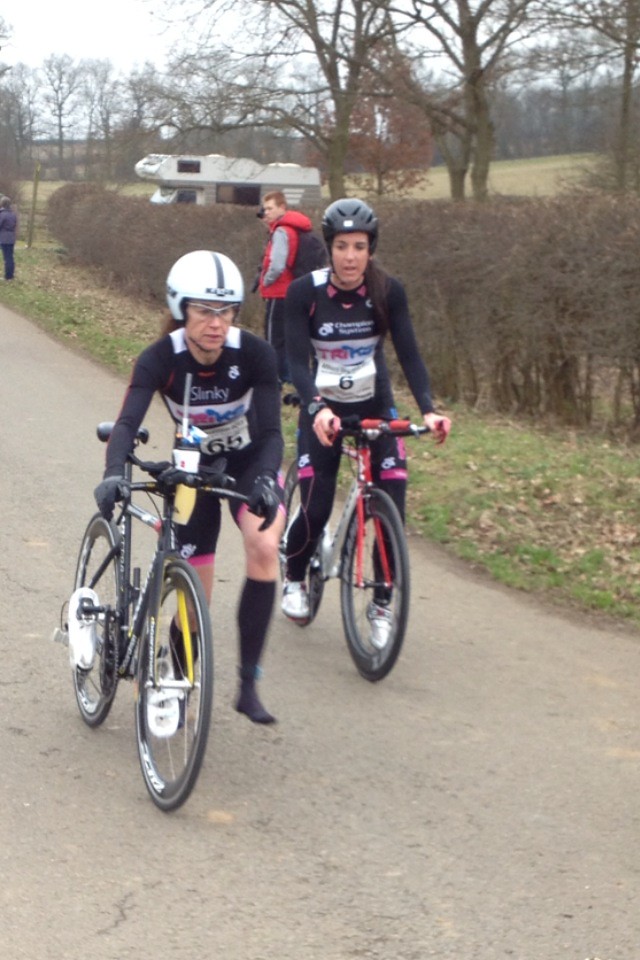 I was definitely on track to break the 1:21:37 course record; it was now time to try and execute goal 3.  I ran so hard out of T2 that I thought my legs might give up on me part way round the course but they didn’t.  I still felt pretty strong and pushed hard right to the end, catching another girl in the final 1k to complete the second 5k in 19:38.  To run within 25 seconds of my first run and to run both 5ks at sub 20 pace was really pleasing.  I finished 4th overall in 1:17:02 and with lots of positives to take away from the race. 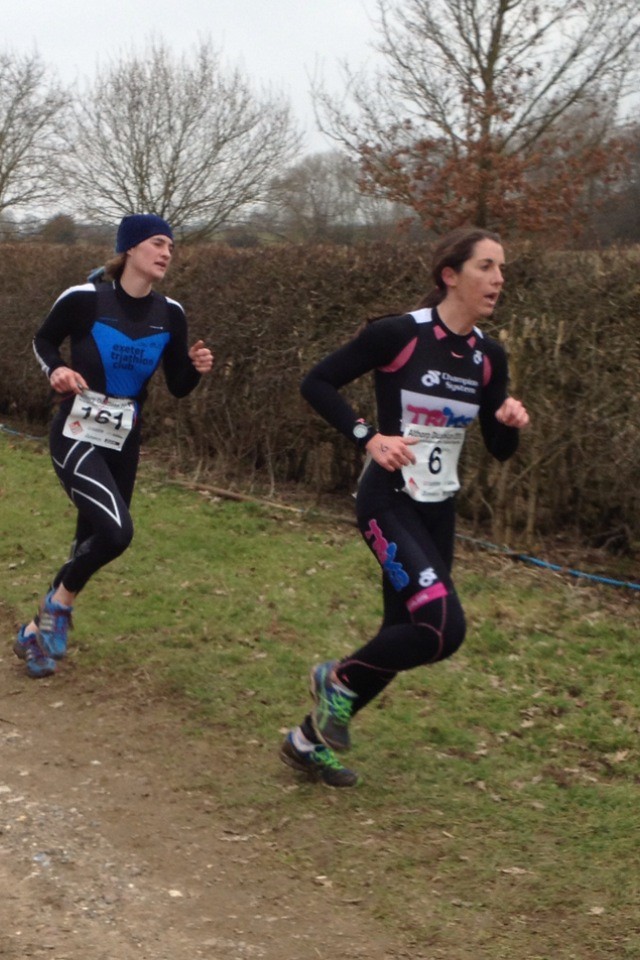 Thanks to Chris goes without say, but also to Mark (Jacqui’s husband) for all his support and all the Rugby Tri crew for their encouragement and cheering.  What a lovely way to spend a sunny Saturday morning.  So it’s back to the drawing board now to get that cycling back on track and to keep working on areas that need improving.  Well done to everyone else who raced at Althorp and further afield.
Duathlon, Race Report